5 Guys, a Black Scorpio, and a place called Doddamakkali 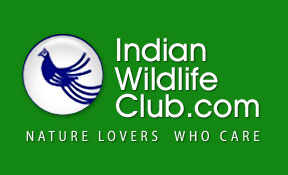 One thing which stands vivid in your memory above all will be the hospitality of the staff. Kudos to the team…

So what if it’s not the season time…so what if the greenery has given ways to the golden dry color spread across….so what if the sun was brawny enough to boil the cauvery water…WE HAD A BLASTING TIME…..

With no mobile phones or televisions to bother you, it’s an absolute cutoff from the outside world. (Infact, to know who won the world cup cricket, we had to wait and ask a visitor who checked in the next day.).Winding road which goes down to the JLR resort is an attraction by itself. We, 5 guys in a black Scorpio, reached the place by 1.30 Afternoon. Major attraction of this place is off course fishing. Along with professional anglers, even the amateurs can try their luck in joy fishing. Since it’s the “catch and release” policy which is followed, no worries on damaging the eco system of the river too…

Coracle ride on cauvery is not to be missed. Go round and round and click as much photos as you can…. Be sure you are abiding to the rules and regulations. Major one being the usage of life jackets which are provided by JLR. Staff will not let you in to the water with out the same.

Let me upload few pics for you all.

A word of caution: It’s a tough n rough terrain, so if you are off to this place in your “lovely lady” kinda vehicle, you’re gonna regret. Road will budge only in front of toughies like a Scorpio or a Jeep. Especially the last few kilometers of downhill windings. Unruffled nature…… Undisturbed peace of mind……Untouched natural beauty...If this is what you are searching for to have an ideal breakaway from the normal frantic schedules….Then here it is….. It’s Wayanad for you.

We were 5 guys in the herd and the intension was to hit the road to a serene world. And we found one…. Though little bit skeptical bout going in to the forest during off season, we decided to take a chance. And believe me; we never regretted the decision through out the journey. We started from Bangalore by 6.30AM in a Silver Tavera and yes the journey was fun (With the new Bangalore Mysore highway in place, we saved few hours also.).Good part of the journey was that on the way we had to cross Bandipur forest . Drizzle added to the fun as we stopped on the way to enjoy the tranquil atmosphere, And we were really hoping to see a tusker. But naaaah…It was just silent wilderness.

After crossing the border to Kerala, after a few stretches of winding roads which deserves a special mention for the quality and maintenance, we saw the board on the left side of the road which read Jungle Park resort.

We took the kachha road and as we moved on, on either sides we could see only greenery, greenery of the forest with leaves drenched in the rain. Cool breeze running allover gave us a boost both for our tired body n soul. As we moved on, we could see a gushing stream right in front, crossing the so called kachha road.

Driver was hesitant but took the vehicle ahead through the same. We stopped the vehicle and had a nice time splashing the cold water on our face n body. We took some photographs and again started moving towards our destination, Jungle park resorts. We were surprised to see the mist which covered the entire visibility at times. We stopped again to take photographs of the mystique nature and then moved on to reach Jungle part resort by 11 O Clock. Even at that time the fog was pretty strong in the jungle and it was marvelous to see huge trees in the background with misty fog all over the place. We were welcomed by hot cup of Chai by the caring staff and the cottage key was handed over। Our cottage was slightly far from the main building, inside the forest, which added to the thrill n fun। We became nomadic inside the forest with our camera and the handy cam, pretty much nothing to do other than capturing the beauty of nature to the maximum।

After a good homely lunch, we again moved out, this time with a guide, deep into the jungle. Only issue was the Leaches all over as it was rainy season, but with the after shave lotions and deo sprays, we won over the leaches.

Though we had plans of visiting all the tourist spots nearby, like the pakshipathalam and bhoothathaankettu, we decided not to move out anywhere and to be inside the jungle only for the whole day. 120 Feet tall treetop house built for tourist by jungle Park resorts was a major attraction

No words can explain the raw beauty of the jungle in Wayanad and we went on clicking our cameras till the evening.

At night after the dinner, we had a nice time inside the cottage where the power supply stops at 10.30PM. Being in the middle of the jungle with no telephones or televisions to distract was an experience by itself.
The next day we packed our bags to the next destination Mysore। The beauty of the Wayanad forest will remain ever green within our hearts and hey, we recommend this wonderland for all you jungle lovers. Be there, experience and then you will know what I meant. Hope these few photographs will help you in imagining at least 10% of the fun n frolic we had during our stay.
Wayanad